On Maamilla's Hierarchy of Spirits 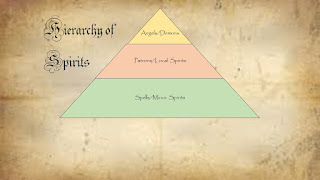 Angels and Demons are the same thing; the only real difference between them is their philosophies, but because they disagree, they fight constantly.
There are exactly 490 angels and 666 demons at any given time, the death of one marks the birth of another. Each one looks unique, with its own name and appearance.
Angels and Demons are also the most alien looking spirits, the least familiar and the most distant. They are the guardians of celestial bodies, and are considered the main "gods" of the majority of Maamilla. This doesn't mean they never do things to influence world events. 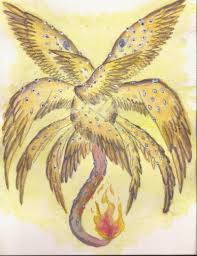 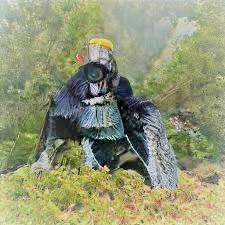 Patrons often encompass broader concepts, but with more limited spheres of influence, which they must earn from their followers.
They can be anything from warlock patrons to local gods to spirits guarding local streams.
Competition among patrons is often fierce, and they rarely ever team up. Spirits with larger ranges of influence are able to subjugate local spirits as well.

Spells are the small bois of the spirit world. They are quick to follow orders because they are used to it, this is why they are so easy to use or lure into your brain.
There are more spells than current numeric systems are able to count to, and they are constantly breeding and mutating.
Spells are never quite exactly the same, but they belong to families in which they are more or less the same, just with minor details, such as personality quirks or variations in manifestation when cast.

Any spirit can become a magic item, the higher class ones are just much more narcissistic or incessant about the situation, which they have every right to be.