I'm gonna detail the process of how I've been dealing with ability scores for the past few years and put it all in one place I can point back to, because I've had a decent number of discussions about it at this point.

The core of the system, is to have a stat which can be beneficial on either end of the axis. A good visual example of this would be a Size stat.

You could make this function as a single attribute, one that you test in order to do big person things, which small people can't do as well (because they're not big).However, this can also test another aspect of your character: how good they are at doing small person things.
The easiest way to model this is with the following relationship:
These kinds of stats represent your character in very clear ways, for some examples that aren't Size:

Many systems operate under a basis of "derived stats" which are pulled from your base stats, which is something that would be difficult to model using stats in this way. So how do you deal with that?
https://anydice.com/program/2c198
An anydice comparison between standard stat distributions, and generic derived stat distributions.
The easiest way to do it, I think, is to declare the intent of any given derived stat to one aspect of each of your stats. That was a bad way to put it though, what I mean by that is this:
There might be a better way to do this, but it's generally easy to apply things to one aspect or another of a given axis.

The Glaring Issue That I hate but Deal With Anyways

Because the number 10 is included regardless of whether you're rolling over or under, rolling over will add an extra 5% chance of success to the roll. This still plays nice overall, as the inverse is true for the number 11, both of which are the most likely results of a 3d6 distribution. It does, however, mean that no character will ever have a perfect 50-50 chance of success at a given task.
That's everything I have to say for now.
at November 17, 2022 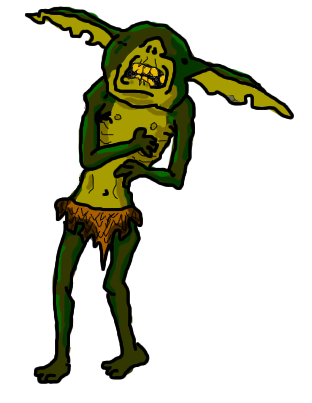